Launchpad: Discover New Products from us 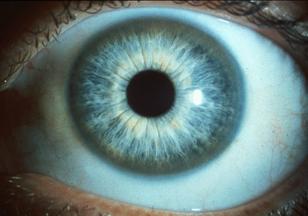 Duration of 1 unit of Treatment
30 days

It is a rare but more important autosomal recessive condition caused by abnormality of copper metabolism. Normally dietary copper is absorbed from the stomach and proximal small intestine and is rapidly taken up into the liver where it is stored and incorporated into caeruloplasmin which is secreted in the blood. The accumulation of excessive copper in the body is prevented by its excretion and the most important rout is via the bile. Failure of copper excretion in the bile leading to its accumulation in the body creates Wilsons disease.

Great scientists of Ayurveda have noted the medicinal effect, side effect and contraindications, and accumulation in the body of various metals and minerals. Copper is being used as medicine in its BHASMA form in Ayurveda since more than 1000 years. The hazardous effects of accumulated copper are keenly observed by ancient Ayurveda scientists. So they also mentioned the remedy for such accumulated copper in the body. We have tried such remedy on Wilsons disease and found it very effective.

GENERAL SYMPTOMS OF THE DISEASES:

RECOMMENDATION DURATION OF THE COURSE:
Depending upon the severity of the disease. It may take 3 to 6 months.

PRECAUTIONS TO BE TAKEN:
Precaution varies from individual to individual depending upon the constitution of the body. Hence, it will be sent along with the medicine.

SHIPPING & DELIVERY TIME:
We ship world wide to most of the countries by offering best shipment facilities available with us.

FREE Online Consultation from leading health care professionals in various specialties.
Send in your medical queries and get an opinion. You save your money and time. We guarantee the answer on your question in a 24 hours term
More.